Where a parent fails to pay court ordered child support pay checks can be garnished, bank accounts can be frozen, a driver’s license can be suspended, passport renewal can be denied, and a tax refund can be intercepted.  A parent can even be incarcerated if found in contempt. 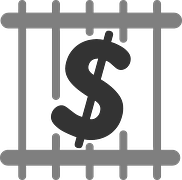 An order must specify the amount to be paid and the manner of payment.  If an order imposes incarceration or another coercive sanction it must specify how the parent can purge themselves of the sanction.  If a parent still fails to comply the movant must file an affidavit of non-compliance and the court can then issue a writ of bodily attachment for the arrest of the non-compliant party so that they can be brought before the court within 48 hours for a hearing on whether they have the present ability to pay and if so what sanctions the court will impose.