You can get an annulment instead of a divorce if you can establish to the satisfaction of the court that the marriage was legally void, or legally voidable and has not been ratified. However, the annulment process is more complicated and more expensive than an uncontested divorce so in addition to the legal requirements you would want to consider if there is a special circumstance that makes it worth while to deal with additional complexity and additional expense to have the court determine that the marriage was not legally valid rather than just divorcing.

Florida is a no fault divorce state and practically favors divorce over annulment. The divorce process in Florida can be a relative simple one depending on the issues in a case and whether the parties are in agreement or seek to litigate those issues, while the annulment process will always include having to establish that the marriage was void, or voidable and has not been ratified, to the satisfaction of the Court. It depends on your specific situation whether an annulment offers you any advantages over a divorce. If you have questions about annulment please call us to discuss your situation on (786) 539-4935. In a divorce the marital portion of the pension or retirement plan is going to be subject to valuation and equitable distribution.  The non-marital portion should not be subject to equitable distribution by the court. All vested and non vested pensions, retirement, profit sharing, thrift savings, annuities, or insurance acquired during the marriage constitute marital property.  Since only that part of the pension or retirement that accrued during the marriage is a marital asset a  court will look to see the premarital and post marital contributions and the increase in value that relates to each.

Often a Qualified Domestic Relations Order is entered which directs the administrator of a retirement plan to divide the retirement and award the marital portion to the plan holder’s spouse.

After the court has divided marital assets and debts in equitable distribution in can also consider a pension or retirement as a potential source of funds for an alimony award when performing its need and ability to pay analysis.

If you have questions regarding a retirement or pension in the context of your divorce please contact one of our lawyers on (786) 539-4935.

The answer in one word is, sometimes. Pursuant to Florida Statute Section 61.16: “The court may from time to time, after considering the financial resources of both parties, order a party to pay a reasonable amount for attorney’s fees, suit money, and the cost to the other party of maintaining or defending any proceeding under this chapter, including enforcement and modification proceedings and appeals.”

So when one party needs money for their attorney’s fees and the other party has the financial ability to pay the court can make a fee award in favor of the party in need.

Pursuant to the Florida Supreme Court case of Rosen v. Rosen, 696 So. 2d 697 (Fla. 1997) and its progeny a court can also award fees where warranted; in light of the scope and history of the litigation; the duration of the litigation; the lack of merit of the positions taken by the other side; because the other side has brought defenses and assumed positions to mainly frustrate and stall; and based upon the existence and course of prior and existing litigation.

Accordingly, when the other party in a divorce or paternity case engages in bad conduct and takes bad positions during a divorce case that drives up attorney’s fees the court can hold them accountable for those fees.

If you want to talk to a lawyer about the potential for recovery of fees in your case contact us for a consultation on (786) 539-4935. The Husband claimed that while he had managed the accounts during the marriage they had actually decreased in value because of trading losses and the use of funds to maintain the marital household. The Husband also testified that the had not deposited the $1,100 from the marital business into any of the three brokerage accounts having deposited it into a separate bank account.

The Third District Court of Appeals considered the testimony, evidence, and law in detail coming to the conclusion that the three brokerage accounts were not marital on the record before it. It reasoned that the Wife had not specified which brokerage account the $1,100 had been deposited into and did not have specific knowledge regarding the accounts such that the evidence before it was insufficient to find commingling had occurred based upon the vagueness of the Wife’s testimony and evidence concerning the deposit.

The Court then considered the Wife’s enhancement in value argument. The Court reasoned that while the Husband had actively managed the accounts during the marriage the Wife had failed to meet her burden to show an enhancement in their value had resulted from it, and that the evidence of record actually supported that they had decreased in value. Accordingly, the Wife was not entitled to any portion of the three accounts.

This case shows the importance of properly preparing for trial and presenting the right evidence to the trial court. Had a different record been established at trial through documents or testimony the outcome may have been completely different. For instance a bank record showing the deposit of the $1,100 into the initial brokerage account which was then used to fund the other two may have affected the court’s consideration of whether the accounts had become marital through commingling.

If you need to talk to a lawyer or attorney about your divorce, the division of assets and liabilities, the classification of marital and non-marital property, valuation under the law, and presenting the legal arguments and evidence to the court to support your position, contact our office to arrange a consultation on (786)539-4935 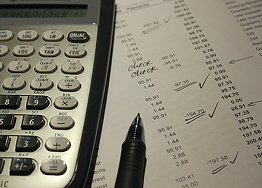 Determining what is marital and what is non-marital generally starts with a determination of what assets and debts were obtained or incurred during the marriage.

There are however some exclusions from what is considered marital even where an asset was acquired during the marriage, for instance, non-interspousal gifts, income produced by nonmarital assets, or an inheritance.

Then a court must then decide if assets and debts that existed prior to the marriage have a marital component because of concepts like gifting, enhancement, and commingling.

The assets and liabilities are then valued and equitably divided by the court.

If a court does not determine what is marital and what is nonmarital and value the assets and liabilities in its judgment a decision can be reversed.

For instance, in Buckalew v. Buckalew, the trial court had affirmed a General Magistrates written findings of fact that did not identify what assets and liabilities were marital and what were not.  Nor did it assign values to each asset and liability.  The Fourth District Court of Appeals for the State of Florida reversed the trial court’s decision to adopt the written findings because they did not state what was marital and what was not and assign a value to each asset and liability.

A decision can also be reversed if a court does not categorize what is marital or nonmarital correctly or uses inappropriate valuation methods.

If you are facing equitable distribution issues in your divorce case you need a divorce lawyer who can help identify the issues specific to your case and help you present your case to the court.  Call us for a consultation. (786) 539-4935

“We want prenup” was a term thrown into the popular culture of the time by Kanye West’s song “Gold Digger”. While people often think of a prenuptial agreement as reserved for celebrities and the mega rich any couple can benefit from one.

Prenuptial and premarital agreements are agreements entered into by parties contemplating marriage that set forth the rights and obligations of each party in the event of death, divorce, and even during the marriage. They can be used to delineate the assets, debts, and income that may be marital and divided should the marriage fail, and those that may remain separate and not be divided in the event of divorce. There are only a few things that they can’t be used for which mostly relate to child issues, like determining child custody, a parenting plan, or child support.

Nobody goes into a marriage thinking it will fail but its best to plan for contingencies, just like we get insurance to protect things we own. Prenuptial agreements can offer certainty and help to reduce the transactional costs should the worst happen and the marriage result in a divorce, leaving less to fight about and with both parties knowing where they will stand. While it can be a little uncomfortable discussing a prenuptial agreement with a fiancé, having a prenuptial agreement can help people stay friends down the road if the relationship results in a divorce by taking the acrimony out of the divorce process itself. If you think it’s hard to talk about consider it may be easier to negotiate with a party that loves you and wants to marry you than one that wants to leave you and divorce you already. If you are losing the relationship with the person you thought was the love of your life you may thank yourself and they may thank you also for not adding a fight in divorce court to the process. For the frugal among you, the cost is likely to be much less than a divorce with contested financial issues.